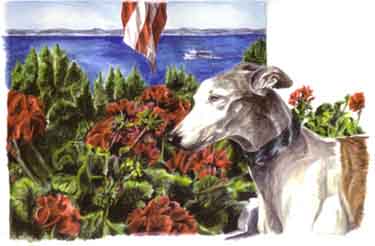 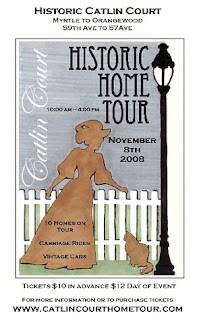 In November my neighborhood is having a historic home tour. It's an early 2oth century area, with homes of several architectural styles. There's also lots of grass, trees and flowers surrounded by picket fences and the streets are lined with vintage street lights. It's truly a charming place to live. During the first home tour committee meeting, I volunteered to design the poster for the home tour which will be used in all advertising, promotions, sales, etc. I've never done anything like this before and am very pleased with the end result.

While we do have a lot of homeless cats in the area - many living under my front porch - that's not the reason for the area's name of Catlin Court! Fluffy is the lucky kitty who got to be in the ad but I don't think his new found "fame" will change his routine much.

So if you're in Glendale, Arizona in November, please be sure to take the home tour! For more info visit the Catlin Court Home tour website at http://www.catlincourthometour.com/ 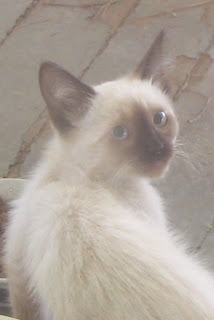 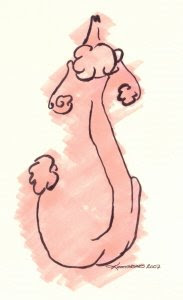 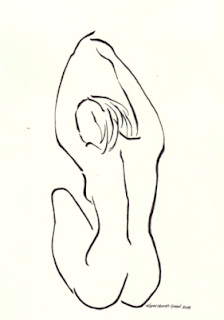 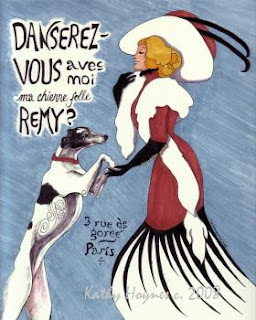 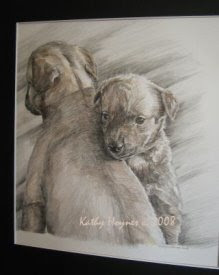 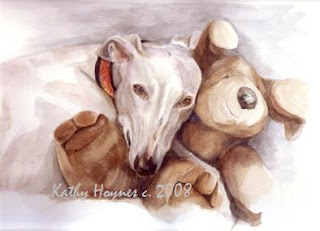 Kathy
Posted by Kathy at 7:00 PM No comments:

My friend Judy is the proprietress the Singapore Bank Bookstore in Saugatuck, Michigan. Later this month she will be participating in her 37th running of the Chicago to Mackinac Race, which is celebrating it's 100th year. Judy shared some of her Mac Memories with the Chicago Yahct Club.
http://fw.nemexinc.com/modules/video_upload/uploads/237/Judy Hallisy_MacChat.wvx

Judy's the coolest person and Singapore Bank Bookstore is a fun, funky and comfortable bookshop for people who enjoy reading. If you're ever in Saugatuck, be sure to drop in. You won't leave empty handed. And if your in Chicago and can watch the start of the Mac Race, do so!! It's an awesome sight.